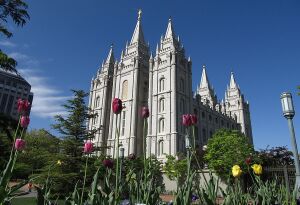 EWELL COMMUNITY… Mrs. Marian Elizabeth Mitchell Phipps, a resident of the Ewell Community, near Ozark, died late Tuesday evening, October 25, 2022, at her home. She was 91.

Funeral services will be held at 10:00 A.M. Saturday, October 29, 2022, in The Church of Jesus Christ of Latter-Day Saints in Ozark with Couselor David Godwin conducting and Bishop Steve Jones officiating. Burial will follow in Woodlawn Memory Gardens. The family will receive friends from 9:00 until 10:00 A.M. Saturday at the church.

Mrs. Phipps, daughter of the late Edward Frank Mitchell and Helen Louise Clark Mitchell, was a native of Miami-Dade, Florida. She was a beloved mother and matriarch with a positive attitude and an inspiration to her family. Mrs. Phipps was a faithful Christian and routinely attended the Ozark Ward of The Church of Jesus Christ of Latter-Day Saints. She was always kind, and thoughtful to others and never had a harsh word for anyone. Mrs. Phipps will be greatly missed by all who knew her and will be welcomed in heaven by all who preceded her. She was preceded in death by her husband, David Eugene Phipps; a daughter, Deborah Blackman; a son, Clifford Phipps; two brothers, Frank Mitchell and Joe Mitchell.