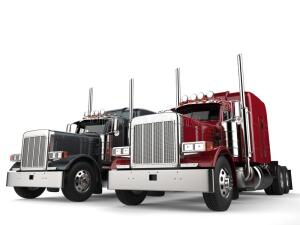 ARITON… Mr. Terry “Dr. J” Jackson, a resident of Ariton, passed away Wednesday morning, July 28, 2021, surrounded by his children and grandchildren. He was 55.

Terry was born in 1966 in Ariton Alabama to the late Edsel and Alma Jean Jackson.

At an early age, Terry was taught the value of hard work.  He was a man who worked with his hands.  He loved to work on any type of vehicle and had a passion for 18-wheelers.

That passion for the “Big-Rig” shaped his career path.  Terry drove thousands of miles for Wiley Sanders, MO Carroll, Lane Trucking, and Donnell Sanders.  He was a lover of the road and toured the country behind the wheel.

Terry was also a huge fan of Alabama football.  You could catch him on a gameday Saturday standing over a grill getting ready for the big game.  He loved hunting, fishing, and anything to do with the outdoors. He was also a fan of cooking shows and was always eager to lend a helping hand to those in need and the elderly.

Terry also valued his family.  His greatest blessings were his children, Shina and Matthew. He loved them and was very proud of them.  Next to his children was his love for his grandchildren, Isabelle and Jase.

Terry passed away after a hard-fought battle with leukemia dating back to February.

Terry was preceded in death by his parents Edsel Jackson and Alma Jean Jackson.

Funeral services will be held at 11:00 A.M. Saturday, July 31, 2021, in the Fuqua Bankston Funeral Home Chapel with Reverend Bill Weed and Reverend Joe Underwood officiating. Burial will follow in Mt. Olive Cemetery in Rocky Head.   The family will receive friends from 10:00 until 11:00 A.M. Saturday at the funeral home.

To send flowers to the family or plant a tree in memory of Terry "Dr. J" Jackson, please visit our floral store.