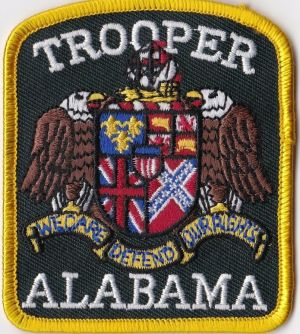 Private memorial services will be held at a later date. Fuqua Bankston Funeral Home is in charge of arrangements.

In lieu of flowers, memorial contributions may be made to Community Hospice of Dale Medical Center, 415 James Street, Ozark, Alabama 36360.

Mr. Watson, son of the late Dallas Lafayette Watson, Sr. and Jeanette Hutto Watson, was a native and lifelong resident of Hartford. In earlier years, he was employed by the Hartford Police Department as a dispatcher. Mr. Watson was instrumental in forming the Hartford Rescue Squad in 1969 and was active in the Rescue and Fire Department until his health began to decline. He attended Wallace Community College, where he was in the first Emergency Medical Technician Program. Mr. Watson was retired from the State of Alabama Department of Public Safety as a dispatcher at the Dothan Post. He was a Master Mason, member of Lodge #409 in Hartford. Mr. Watson had a “servant’s heart” and enjoyed spending time with his children.

To send flowers to the family or plant a tree in memory of Dallas L. "Sonny" Watson, III, please visit our floral store.

You can still show your support by sending flowers directly to the family, or by planting a memorial tree in the memory of Dallas L. "Sonny" Watson, III